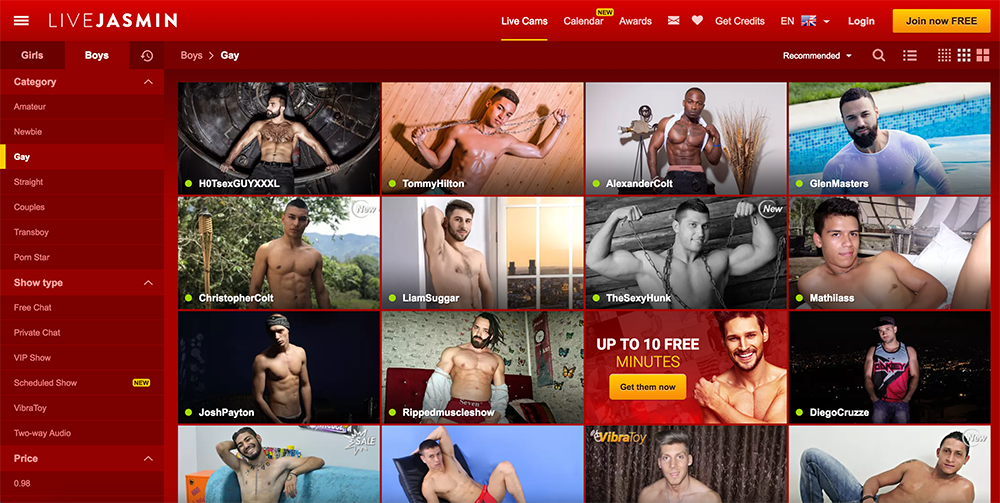 LiveJasmin Gay has an easy-to-use interface, great video quality, and standard to exceptional technology when it comes to private shows. If you’re very choosy and like a massive catalog of guys to choose from, you might want to look elsewhere. Also, if you just want to rub one out quick, regular old porn is probably the way to go. But if you’re really into cam boys and prefer quality over quantity, then LiveJasmin Gay is a great place for you. While they generally cost more than an amateur site, you get what you pay for – the interactive experience and ability to feel up-close and be part of the action is hard to match. Just our standard note of caution, the cost of a private show adds up very quickly, so know your financial limits before falling in love with a buff beefcake on LiveJasmin Gay. 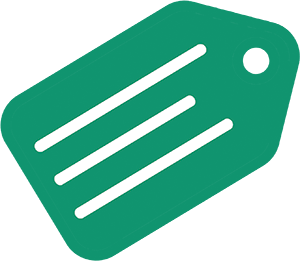 Deal of the day!

LiveJasmin’s Gay content is part of the award-winning and well-known LiveJasmin cam site. No doubt you’ve come across their pop-up and interactive ads while surfing other adult sites. They have an iconic red branding and simple, clean interface that is difficult to forget. All of this, coupled with some of the hottest male models of any cam site has turned LiveJasmin Gay into one of the default destinations for gay cam content. The overall site was founded in 2008, and has grown to over 35 million registered users and over 20,000 total cam models. While traffic analytics don’t break out sub-domains, the overall LiveJasmin.com site is currently ranked 4th in the Adult category for global traffic by Amazon’s Alexa service. LiveJasmin Gay is also the 12th most frequently clicked search result for “Gay Sex Cams” on most major search engines.

Like many cam sites, LiveJasmin Gay lets users interact with amateur and professional male models and gay couples in private one-on-one cam sessions, in exchange for a fee paid in credits. The company takes a cut, and the models get the balance. The rates and services available for a particular show vary greatly from model to model. There are typically many models to choose from, with latest review showing over 100 gay solo or gay couple models available even during “off hours” in the US.

LiveJasmin Gay, like the overall LiveJasmin site, is primarily a webcam site where users can get involved in one-on-one or one-on-couple private video chats. Some features are freely available, such as fully-clothed teaser chats with models before committing to a private session, and the ability to exchange messages with models, bookmark favorites, and similar.

Importantly, though, the offerings in the gay male/gay couple category, as compared to the rest of the site’s female/lesbian/hetero couple/trans content, are somewhat lacking. All the same features exist, but the overall catalog makes up a very small percentage of the site’s overall 20k+ models.

The different types of show features available include:

LiveJasmin Gay, and the overall Male/Gay/Gay Couple/Trans offerings in general, fall into the traditional categories that one would see on most cam sites. There are easy-to-use filters and search features as part of the site’s simple and intuitive interface. These features allow users to pick exactly the guy or guys they are looking for. The top-level categories in the male offerings on LiveJasmin Gay include filtering by Show Type, Ethnicity, Price/Rate, Age, Appearance, Hair, and what they’re willing to do in a private chat. Additionally, users can access all the other content and categories on LiveJasmin, including solo straight guys, hetero couples, transsexuals, and the entire female catalog, which is great for people who don’t fall neatly into one orientation category.

Access to LiveJasmin Gay is totally free, and setting up a free account just requires an email address, username, and password. This gives you access to the free, mostly-clothed chats with the models, allows you to browse the selection of guys or couples that are available, message your favorites, and purchase credits to pay for private shows. There are no fees or subscription plans – the only expense is buying credits.